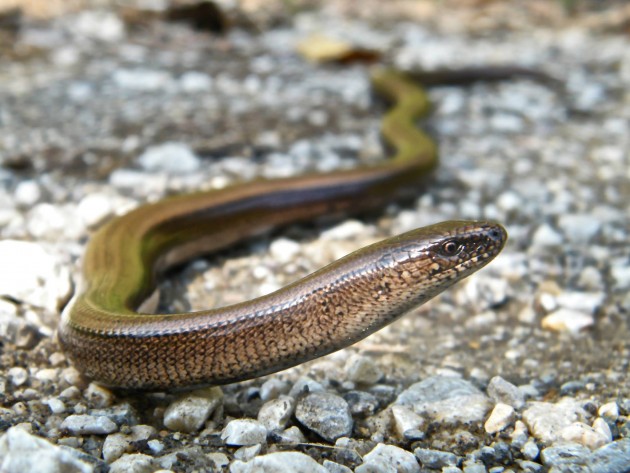 Anguis fragilis, or slow worm, slow-worm or slowworm, is a limbless reptile native to Eurasia. It is also sometimes referred to as the blindworm or blind worm.

Slow worms are semifossorial (burrowing) lizards, spending much of the time hiding underneath objects. The skin of the varieties of slow worms is smooth with scales that do not overlap one another. Like many other lizards, slow worms autotomize, meaning they have the ability to shed their tails to escape predators. The tail regrows, but remains smaller. They are common in gardens and can be encouraged to enter and help remove pest insects by placing black plastic or a piece of tin on the ground. On warm days, one or more slow worms will often be found underneath these heat collectors. One of the biggest causes of mortality in slow worms in suburban areas is the domestic cat, against which it has no defence.